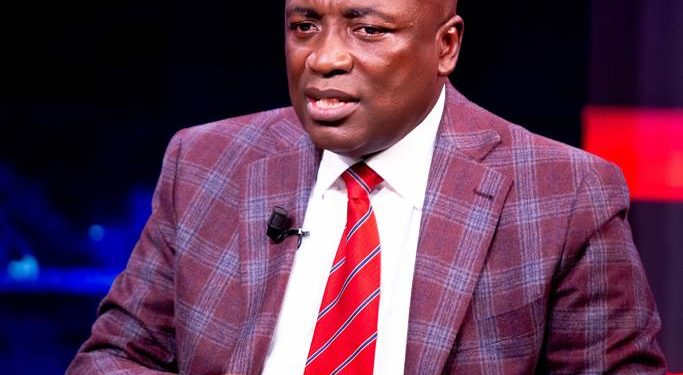 The New Patriotic Party (NPP), has never been a party which cedes authority to persons by virtue of influence or money, former General Secretary, Kwabena Agyei Agyepong has stated.

The party, he maintains, has always respected the democratic procedure where its leaders are selected through a free and fair electoral process.

According to him, the rules, regulations and values of the NPP makes the party unique from all others, with the party prioritizing its democratic process.

Addressing the party ahead of its National Delegates Congress scheduled to take place from July 14 to 16 2022 to elect a new crop of leaders to lead the party at the national level, he urged aspirants to bring on their A game, emphasizing on the fact that no position has been reserved for anyone.

“Go to the delegates with the right messaging. Don’t assume you have the advantage over another by virtue of association because no position will be offered to anyone on a silver platter. The NPP has put in place neither a succession nor coronation plan. There will be no coronation in the NPP,” he emphasized in an interview with Rev Erskine on the Y Leaderboard Series hosted by Rev Erskine of the ‘Myd Morning Radio Show.’

“If you want to be a leader of the party then you have to hit the dirt to go and meet delegates. Go there and tell them why they should invest in you as a leader. Those who think they can use forces and coercion to put people in certain positions should know the NPP chooses leaders based on values and by majority decision. We will operate like we have always done in the past and the one who will be elected will gain the support of all factions.”

According to him, the system of cash for votes will take the party nowhere, but the debates on policies is what the NPP thrives on. “We should go back to the old strategy of 1992 and help each other. We don’t have to share television sets, give out money and all that for votes. We need to support and build the party.”

He also pointed out that Ghanaian leaders are losing focus and called on supporters of leaders to always point out their (leaders) mistakes when they go of course.

“Boyyyy, I done had to pay the whole airport off to make this flight”- Da Baby cries

"Boyyyy, I done had to pay the whole airport off to make this flight"- Da Baby cries