[Watch]: Sarkodie performs ‘Country Side’ with Black Sherif for the first time in London 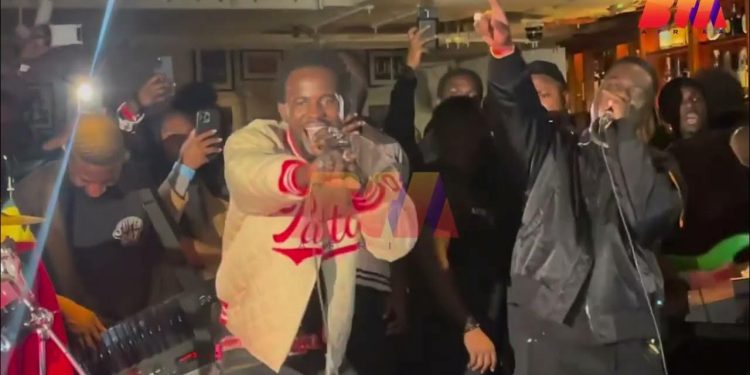 [Watch]: Sarkodie performs 'Country Side' with Black Sherif for the first time in London

Ghanaian rapper, Sarkodie blessed fans with an impressive live performance of his recently released “Jamz” album during a listening party at the Cafe KOKO in London.

The celebrated Ghanaian music icon performed a couple of songs from the album with a blend of interview on November 22, 2022 again adding to his fanbase fans from London.

The popular hit “Country Side,” which stars everyone’s favourite Black Sherif, stands out among them.

@sarkodie and @blacksherif_ performing ‘Country Side’ at the Jamz’ album launch at @KOKOLondon ✨🇬🇭 pic.twitter.com/qg30axvNU4

The successful listening party appeared to be Sarkodie’s ways of giving his European fans a glimpse of his music prowess and live performance of each of the ten songs on his seventh studio album, “No Pressure,” which was released in 2021.

Black Sherif was already in London for his first-ever, wildly successful London show, so joined “Ghana’s Landlord” to collaborate and amuse their respective audiences.

To the delight of the crowd, Sarkodie and Black Sherif gave a stunning performance.