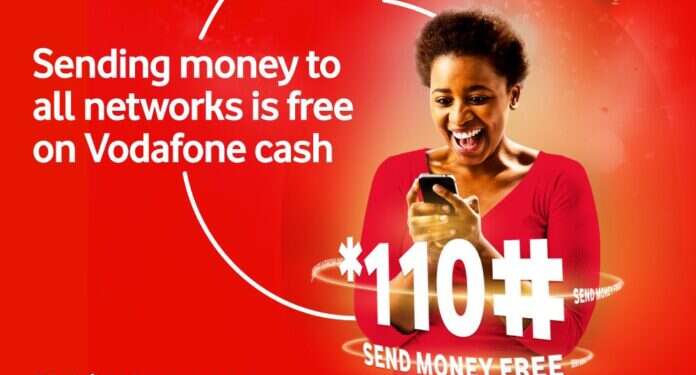 Vodafone Cash, the financial product of telco giant Vodafone Ghana gave a stupendous deal to its customers. That is completely waiving off charges on any amount of money transferred from Vodafone Cash to all networks in addition to its already existing no charges to other Vodafone Cash customers.

Although this offer has waxed stronger for about two years now, mobile users on other networks paid little heed.

However the approval of the Electronic Transfer Levy Bill (E-Levy), 2021, by parliament on Tuesday has forced many to sit up aware transfers on the other networks would attract a deduction in addition to the E-levy charge.

If u can’t afford to pay 2.5% on all transactions with your E-wallet,
Just switch to Vodafone cash right now
#FreeOnVodafoneCash

The public sphere discussion has aggregated on social media platform Twitter with the hashtag #FreeOnVodafoneCash generating some 7,674 impressions.

The government anticipates accruing about GH¢6.9 billion revenue this year to execute its developmental projects from the E-levy.

Vodafone says you don’t have to worry so much about E-levy if you’re on Vodafone Cash, because #YouOnlyPayOnce.#FreeOnVodafoneCash

However more Ghanaians with mobile money accounts are looking to a telco on whose platform only the E-levy would be charged on their transfers while the telco itself does not add an additional charge.

And here people who have ported to Vodafone from rival networks or secured Vodafone sim cards are the prudent winners as Vodafone Cash customers do not incur any telco charges when they send money from their Vodafone Cash account to friends and loved ones on Vodafone and other networks.

We bring you a mix of the hilarious yet circumspect tweets we found.

I have been enjoying VodafoneCash services without any charges. Now the E-levy is in, other networks are going to do double charges but Vodafone says no extra charges 🔥🔥🔥🔥💕💕💕❤️❤️❤️#FreeOnVodafoneCash pic.twitter.com/QeSbfx6TD2

Other momo users on other networks wondering if they should join Vodafone Cash 🤣. Don’t join n see#FreeOnVodafoneCash pic.twitter.com/Xntlgdl3HM

Me laughing at others who’re not on Vodafone Cash because they’ll pay E-levy then transaction charges 🤣#FreeOnVodafoneCash pic.twitter.com/ox00GAwnzA

Vodafone prioritizes the advancement of the youth – HR Director

Vodafone prioritizes the advancement of the youth - HR Director