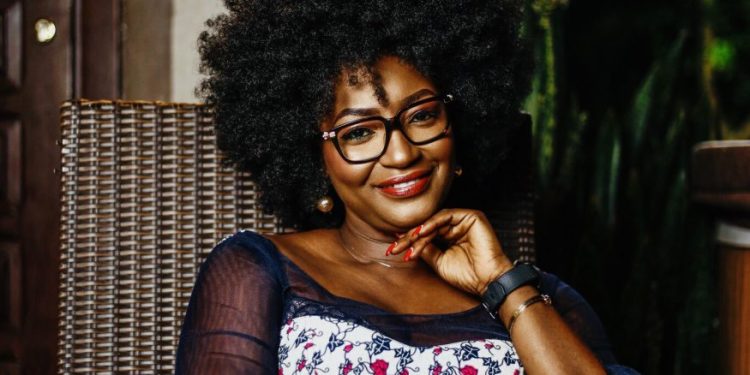 The name “Yaa Asantewaa” rekindles historic memories amongst Ghanaians, particularly the Ashantis. She was a brave and revered woman who inspired an entire ethnic group to reclaim victory over their oppressors in the early beginnings of Gold Coast.

In an exclusive interview with Rev Erskine on Y107.9 FM’s YLearderboard Series, she disclosed that she spent little time in Akwamu as her parents had to move to Liberia.

“I’m half Akwamu half Fante and I was born at Mampong in Akropong and then was taken to Liberia by my parents who migrated and I lived there for a while. I asked my parents why they named me Yaa Asantewa but they don’t really have a good reason. I mean my father is Asante so, he says he named me after his father. So then the Asante became Asantewa and because I was born on Thursday it became Yaa Asantewa. I mean they haven’t explained why they named me Yaa Asantewa and I’ve been having to explain this my whole life.”

Reacting to the influence of such an honorary name on her life, she shared, “Growing up, I didn’t know all that about the legend of Yaa Asantewa. Here, I was a little girl in Liberia and everywhere I moved to, people just knew me as Juliet because of the popular novel Juliet and Romeo. So, everywhere my friends were like who was my Romeo?”

“I didn’t know much about Yaa Asantewa but everyone in my family only called me Yaa. So it was in later years that I realized a great deal about her. That didn’t come from the impact of the name on me but actually came from appreciating my Africaness and saying to myself that I wish I had moved forward with my African name which really is my soul name because I was born on a Thursday. So that was what drove me to that realization. I do appreciate the historical figure, especially coming to know that we were actually born on the same day. I mean that was interesting,” she added.

Juliet Asante further encouraged Ghanaians and particularly women to present themselves with an identity of their roots, appreciate their culture and promote it from the individual perspective.