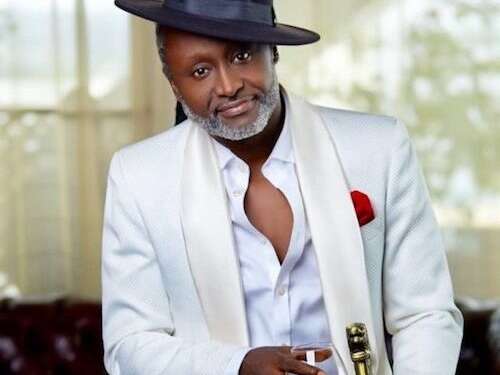 Reginald Yaw Asante Osei, known in showbiz circles as Reggie Rockstone, the Grandpapa of Hip-life tells his story on yet another inspiring and entertaining episode of the Y Leaderboard Series on Y107.9 FM.

The eloquent rapper and ‘Kasahara mafia’ in an interview with Princess AJ, who sat in for Rev. Erskine, narrated about his upbringing and the unmatched love from his family. He highlighted his experiences in life and from the music industry through to his big dreams for Rockz Waakye, to inspire the young Ghanaian youth to dream.

Growing up, his family’s particularly his father was the only support system he needed to become Ghana’s rockstar with the rise of Hiplife music in Ghana.

According to him, his father, Ricci, who happened to be a fashion designer funded his career and was an integral part of the Hip-life emergence in Ghana.

“Ricci St Osei, the legendary fashion designer was a very stylish man and a man of few words. He was a good looking man and a husband to many wives. He supported me from the start and the fact is, if it wasn’t because of Ricci, I wouldn’t be here. He paid for the ticket for me to come back home and he is the one that believed in hip-life. He was there when I named Hip-life and he was a part of the process. He is the one that said ‘Yaw rename the style because what you’re doing was dope.’ He is the one that funded hip-life, built me the studio and all the videos I produced. So to me when you talk about hip-life my father is probably the biggest investor. This is why nobody can tell me nothing about my humble beginnings because ‘you ain’t give me nothing’. I got everything from home and the love was special,” he said.

Throwing light on his education, Reggie admitted that Achimota School has had an impact on his life and career, as he recounts some fond memories of his days in school. He revealed that his mates actually had a foresight of what he would become in the coming years after school.

“The beautiful part about my story is anyone who knows me from back in the day can testify that they are not surprised of who I became. This is because right from school I was playing shows. From the first day I came to school from day 1 Nino’s night that was where the whole school saw what I could do.”

The Grandpapa of Ghana’s music also indicated he was influenced by a vast range of artistes before and during his musical career. This was once again all thanks to his father’s collection of musical sets.

Commenting on his experience in fatherhood, the proud father disclosed he has still not encountered the difficult aspect of that stage, as he has transcended his father’s upbringing approach unto his children.

“I believe in the saying that suggests you raise your children on how you were raised. I have a good boy who will eventually go into the world. My kids are much grounded plus they have a solid Mama,” he added.

He further urged parents to take sole responsibility of their children and their upbringing. He advised parents to avoid blaming celebrities for their mistakes since they are regarded as role-models.

Going down memory lane, Reggie disclosed that it wasn’t a planned action to go solo from his initial group in the early 90’s, the PLC (Parables, Linguistics and Zlang) with Fredi Funkstone, Jay & DJ Pogo. However, coming to Ghana, which he described as a divine intervention allowed the separation.

Walking through his entrepreneurship lifestyle, Reggie indicated that he didn’t solely rely on music. “As a hustle I had to make ends meet so I had different streams of income,” he said.

With his top selling Waakye brand, Rockz Waakye, the entrepreneur shared that his vision is to make the waakye brand the next top food brand from Ghana.

“We’re pimping the rice and beans to the human beings right now and we intend to be as big as KFC, McDonalds and all those foreign folks you look up to. We’re about to cancel all that because we will have Rockz Waakye all over. Everyone eats waakye and we operate 24hours a day”, he said.

Programmes Manager of YFM, Eddy Blay applauded Reggie for his role towards the promotion of Ghana music and its culture. He urged Ghanaians to go ‘wild’ in promoting Ghana’s history and culture.

“Reggie Rockstone, the Grandpapa of hip-life has lifted the flag of Ghana very high in many aspects which cannot be disputed and paid his dues to the development of the country. He brought to life Hip-life with the support of his legendary father, Ricci. He has done nothing but spread Ghana wherever he went with both music and business. Let us all emulate the great and eat Ghana, live Ghana, and love Ghana,” he said

Vodafone to extend its e-learning platform to over 100,000 students this year

Vodafone to extend its e-learning platform to over 100,000 students this year