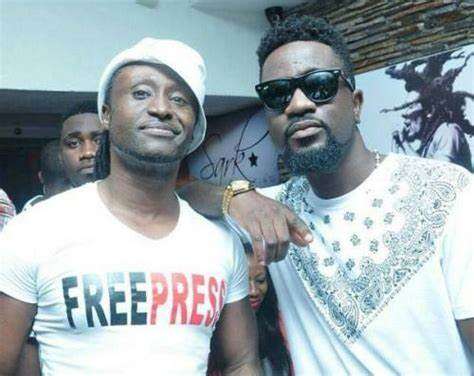 Renowned hip pop and hiplife act Reggie Rockstone has warned young and coming artistes to be on top of their game before featuring multiple award-winning Ghanaian rapper Sarkodie.

Speaking to his hard-hitting ‘11:11’ hip-pop song, the veteran act expressed his joy and sense of accomplishment after releasing the song with Sarkodie.

“When you go in the ring with Sarkodie you better sharpen your sword. This song is one of my greatest accomplishments because I survived it. Nobody came to me telling me he killed me on my song. I did my own in my Fifties and my grey beard, went in there and I did my thing.”

”Every time I hear this song I feel so proud of myself and hearing DJ Ganj telling me how much he respects this song has further boosted me up. But Ghanaians pretend not to hear or see this song,” he said to Princess AJ on Y 107.9 FM during the Y Leaderboard Series.

The CEO of Rockz Waakye further disclosed that the title of the song was the birthdates of himself and his daughter and meant a lot to him.

“I was born on 11th April and my daughter was also born on the 11th of April. So 11:11 is a spiritual combination of numbers,” he said.

Reggie Rockstone added that the video of the song was dedicated to American Martial Artist Bruce Lee.

Reggie Rockstone discloses the inspiration behind his ‘La Palm’ hit