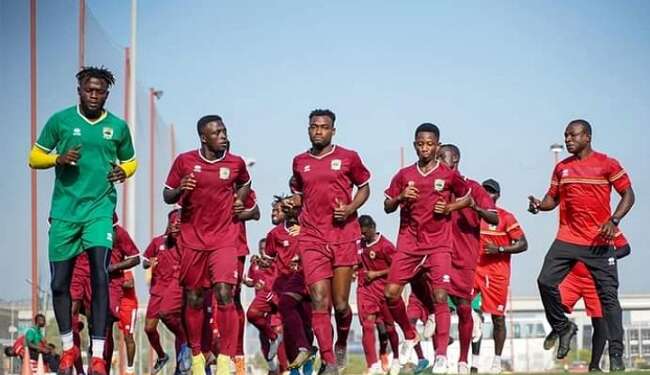 The Dubai experience built Kotoko for this season-Jerome Otchere

The Chief Executive Officer (CEO) of Kenpong Football Academy and an astute Football journalist, Jerome Otchere, has opined that Asante Kotoko’s fabulous run of form is highly due to the team’s pre-season in Dubai.

To him, the success of good teams is not solely bent on tactics and technical sharpness, rather the basic things in human relations that involves understanding, bondage and familiarity

According to him, the current crop of Kotoko players are literally unfamiliar with themselves including the presence of a new head coach, compared to the previous season.

Therefore, he believes the Dubai experience has been crucial and enabled the Porcupines build cohesiveness and familiarity within themselves.

“I think it’s how the club started the pre-season. If you look at the time the team had to prepare not just recruitment but the fact that there was at least a month long preparation. Of which I observed the two weeks the team spent in Dubai. I felt at that time it wasn’t so much about the matches they played there and the outcome of it or the kind of technical drills the coach gave there. It was more about trying to get the team to bond because virtually half of the team or more of the players of the team were new at that time and the coach himself was new too. So they needed to get know each other and I think that’s how teams work,” he shared during the #YSportsSuperClash space on twitter.

“It is not so much as the tactics or the technical work. Those things would eventually come in but you need to have these players establish a relationship among themselves to understand what it means to play for a club as Kotoko. So I think the Dubai experience gave them that fine opportunity and by the time we started the season we had a team that has spent some time of the pitch, getting to know themselves,” he added.

Regardless of being the league leaders with 36 points, with 12 difference gap with the Phobians, the passionate Fabulous fan believes the league is not yet over and urges his side to be focused on the remainder of the season.