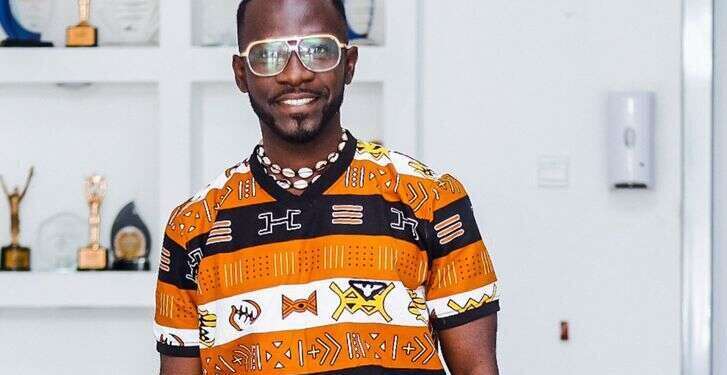 Ghanaian musician and songwriter, Kwame Nsiah-Apau, known by stage name Okyeame Kwame, prefers to see Ghanaians focusing on working together this festive season rather than focusing on the influx of foreign acts coming into the country.

Not too focused on foreign acts travelling to Ghana to perform at various shows, he stated, “I want to see loads of collaborations from our artistes. I am not too concerned about things that are coming from outside the country. My focus is on things like how can up and coming artistes make some money for themselves this December?”

To him, collaborations between local artistes, up and coming ones in particular should soar if they want to be in the game this Christmas. “So my idea is for 4 artistes to come together and organize an event at a pub and perform. If they all have at least 10,000 followers each, that is a total of 40,000 fans and if they can get 10% of these fans attend their shows, they will make some money.”

According to Okyeame Kwame, these shows can be replicated across the country and these artistes can be paid 5 times and over, working together as a unit.

The musician believes the conversation on competition from foreign acts during festive seasons has been going on for too long “but we now need to look at the opportunities the festive season presents rather than the competition.”

Using the credit union scenario, he added that artistes in the country can all tweet about the event of a colleague and make it a point to be present at them. “If we repeat this for all artistes and we all attend each other’s events, the whole auditorium will be filled and it will be like a credit union where we all take money from a group of artistes to pay for another, and this keeps on repeating for every show and artiste.”

The rap doctor believes this initiative can lead to Ghanaian artistes getting a slice of the big pie. “I think this is where the conversation should be headed towards and not about the external factors.”