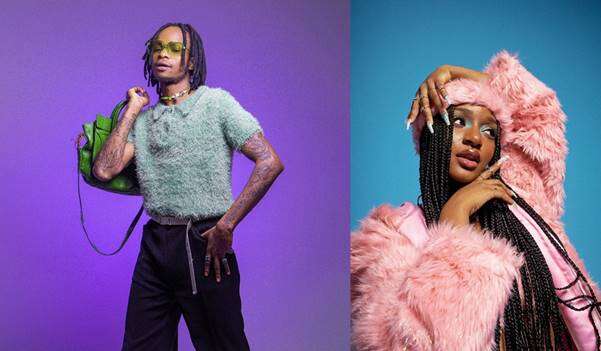 He revealed he was blown away by the Bloody Samaritan’s hitmaker with her first Extended Play (EP).

Gemini Major believes Arya Star is special after their first link up and praised her for how humbled she was during the process.

During an interview on Y107.9 FM’s ‘Wake n Bake’ show, the song writer said, “So I came across her music when she dropped her first Ep. I went like ‘Damn man, this is cursed’. She is kind of special. I later went on IG and to her page and linked up with her. Luckily, she was so welcoming and she already knew me and my music. So when I told her we should work on something, she was very keen on it. We did something and then I dropped the music. We even shot a video for it which I think I will be releasing next week.”

The Malawian-born South African record producer and singer recently released a single titled “OOH LALA” which featured Arya Starr. The track has since hit the world and has been recognized as a jam.