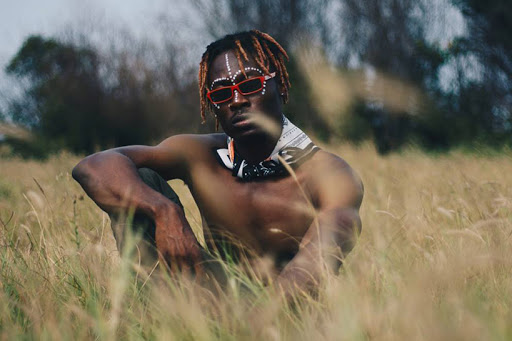 I had to pour libations before shooting ‘Guda’ video - Kirani Ayat

Ghanaian rapper, singer and music producer, Kirani Ayat, has revealed some secrets behind the award-winning music video of his popular song ‘Guda’.

He disclosed that to be granted permission to shoot his music video at Tongo Hills in the Northern Region, “We had to pour libations there because at the Tongo hills, they are gods living there so we had to see the local chiefs and elders to pour libations before we could be given the go-ahead to shoot”, he recalled.

Kirani told Rev. Erskine during an interview on YFM’s Myd-Morning Radio Show that this was one of many things that happened during the period of shooting the video for his song.

According to him, the initial idea behind Guda was to represent the whole of the Northern Region, hence, the plan was to shoot in Tamale, Upper East and Upper West. However, that came with a lot of pressure and stress, hence, they decided to focus on one region, which was the Upper East, specifically at the Tongo Hills, and put out the best they could.

This was also his explanation to why he did not shoot the video in the Upper West region where he comes from; an issue that got his family very angry after the music video was released.

“For almost four to five days, it was just location scouting. Driving from the Bolga township all the way to Sirigu which is about thirty minutes away from the Burkina border, and all the way to Tongo hills. It started getting overwhelming so we decided to settle on one place because we might run around and end up with something that’s haphazard. It actually took a lot of effort”, he said.