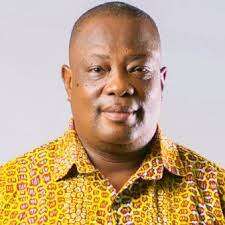 Veteran Ghanaian recording engineer, Zapp Mallet has disclosed that he is the pioneer of the word ‘hip life’ in Ghanaian music.

He mentioned that Ricky Osei, Reggie Rockstone’s father and himself brought about the word ‘hip life’ during one of their conversations.

Speaking on Y97.9FM’s Entertainment Podium with Macall Mensah, he mentioned, “The story was a very interesting one of which many people don’t know. Reggie’s father and I were very close. It was through one of our conversations that we coined the term ‘hip life’. At that time, Reggie was very young and I am sure he must have heard the word from his father.”

Zapp Mallet described Ricky as one of his closest friends and considered his death a big blow to him.

“I was very close to Reggie’s father and we had many plans together and did a lot of things together. In fact, his death came as a heavy blow to me.”

Zapp Mallet is a Ghanaian record producer whose record label is called Zapp Mallet. He has recorded a lot of songs with legendary musicians such as Daddy Lumba, Kojo Antwi, Obrafour, Tagoe Sisters and Samini. He is known as one of the pioneers of the hiplife genre that started in early 1990 in Ghana.