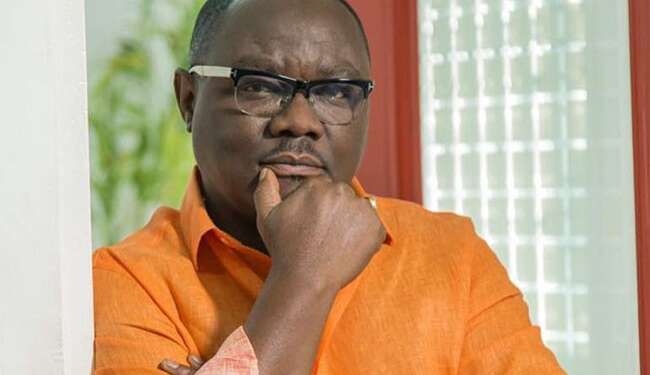 Celebrated filmmaker and CEO of Farmhouse productions, Ivan Quashigah has recounted how he aborted his dreams of becoming a celebrated Lawyer to become a filmmaker.

“He invited me to the shoot of a star beer commercial at a nightclub around Circle called Blow Up, and they were shooting inside the club. So, they built up and set up like the club was in session, people were jamming and drinking Star beer”.

“He took me along and gave me the scripts and asked that we break it down into compartments so that when we are shooting around the bar, we can shoot all at once.”

“He explained it to me in less than 15 minutes and I quickly did it and showed it to him, so I was holding the breakdown and the script and was reminding him of the scenes we had to shoot. So, along the line, he said, ‘you are behaving as you have already been trained as a filmmaker.”

He further explained how he was sent to the National Film and Television Institute (NAFTI) in Accra to help edit the videos that were shot for the Club Beer advert. He further mentioned that that was the first time he got to know of the specialized institute and decided to be a filmmaker.

“When we finished they processed in the UK but transferred into video and we were doing the cut at NAFTI, so he took me along to NAFTI, that was where I got to know there was a school for filmmakers. I had no idea of it, the school had air conditioners and served coffee. So quickly I started thinking of becoming a filmmaker and aborted the idea of becoming a Lawyer,” he explained.

Ivan Quashigah is a celebrated movie producer in Ghana, he is known for the production of many awards winning series’s and movies including ‘Things we do for love’ and ‘Yolo’.

Strongman speaks on not winning a VGMA award yet