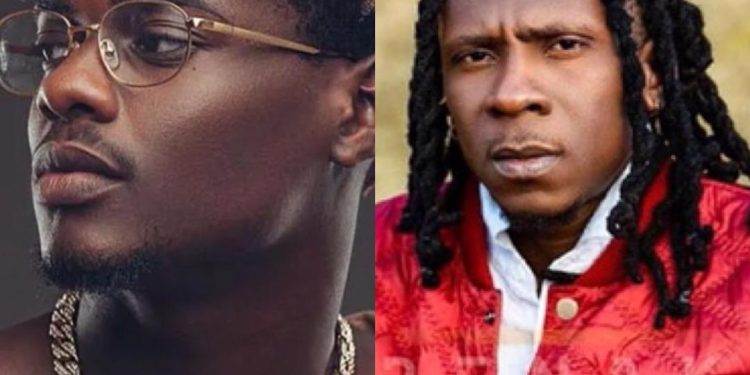 Fast-rising Ghanaian sensation, Dennis Johnson, best known as D Jay, has disclosed his favourite artiste in the industry growing up.

According to D Jay, he has always admired Mugeez, ever since he started his music journey in secondary school.

In an interview with Kojo Manuel on Y107.9 FM’s, D Jay expressed love for Mugees and hopes to feature him one day. He labelled Mugeez as a living legend.

“Mugeez is my favourite artiste, I want to feature on my song. I have said it and it’s been much known to a lot of people how I admired him growing up. Mugeez is like my top Don. I looked up to him growing up. I love everything about him from his sound, style, attitude and the whole brand about him. I don’t think I have a particular reason to like him, I just liked him. He’s just a living legend to me.”

D Jay broke into the music scene in 2018 with his hit song “Bo Norr”. He has since released several hard tunes including “Joy” featuring the man of the moment Black Sherif, “Yawa”, and his latest banger “Balance It”. He is currently on a radio tour promoting his newest release.