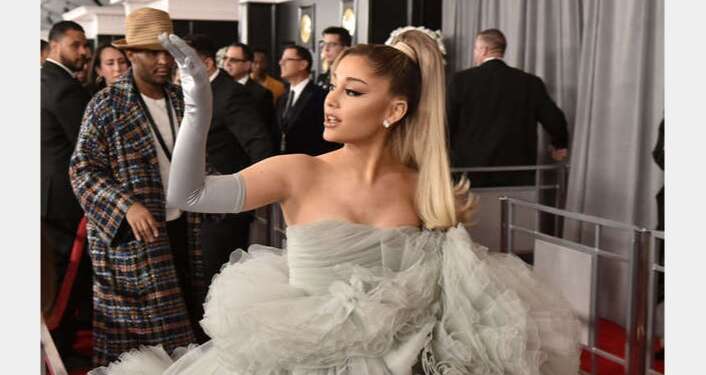 You’ve seen her in ‘The Handmaid’s Tale,’ ‘Once Upon a Time in Hollywood’ or ‘Euphoria.’ Her talent and versatility are overwhelming, which is why her phone keeps ringing. This summer, you can see her in a new comedic mini-series on HBO called ‘The White Lotus.’

At just 25 years old, she has already established herself as one of the young talents that will dominate Hollywood. In 2021, her continuity in the ‘Black Widow’ saga has been ensured, as she will be taking over for Scarlett Johansson. There is also talk about a possible Oscar nomination (it would be her second) for her role in ‘Don’t Worry Darling. ‘

The year 2021 has brought Harry Styles his first Grammy, global industry recognition, a new relationship with Olivia Wilde, and a starring role in ‘Don’t Worry Darling,’ directed by Olivia Wilde herself. It is clear that this year Styles’ life is only headed in ‘One Direction’: success!!

To complete this triangle of winners, we simply must mention the person responsible for uniting Florence Pugh and Harry Styles in the same project, making the unspeakable dreams of many people come true. Who knows, perhaps the project ‘Don’t Worry Darling’ is just the beginning of what will be an excellent career as a director for Olivia Wilde.

Shonda Rhymes’ ‘The Bridgertons’ elevated Regé Jean-Page to Hollywood’s “A-Lister” status, and he has taken full advantage of it. He has abandoned the character who has made him famous, Simon Basset, to fly solo and try out new roles.

READ ALSO: The most shocking lies ever told by celebrities

She went from being the queen of Tik Tok to the queen of Instagram and one of the most sought-after celebrities by big brands. Her angelic face and good vibes on social media have made Charlie D’Amelio a perfect influencer to advertise products for various companies. She has also taken advantage of her fame to fight bullying in schools—a true gem.

Without a doubt, he is the one who has done the best since leaving ‘One Direction.’ Goodbye to the dyed hair, a much more relaxed appearance, and, finally, the naturalness that he has always had and that his millions of fans applaud daily on social media. Also, now he can finally make the music he’s always wanted, as he recently admitted in an interview with ‘People.’

Her not so surprising separation from Kanye West has been so fast that the world has not even had time to assimilate it. The businesswoman has taken on her newly released single status with a notable increase in her already significant presence on social media. She continues to be one of the most popular celebrities, and her numbers in social media continue to grow. It is estimated that her assets have already exceeded $ 1 billion.

READ ALSO: Essilfie asks to be pampered on “Krokro Me”

The Colombian singer is a benchmark of Latin music and one of the artists that fans are eagerly awaiting to see perform live again. In his upcoming tour of the United States, the performer will undoubtedly be performing to a full house….well as full as COVID protocols permit anyways!

‘The Queen’s Gambit’ raised her to star status, but it will be ‘Mad Max the Wasteland,’ the prequel to ‘Mad Max: Fury Road,’ which consolidates this talented actress as one of the greats of Hollywood.

He is making history in the NBA. He aims to be one of the best in history and has only been with the Dallas Mavericks for three seasons. Included in the best quintet of the year, he could land a super-maximum contract of 50 million dollars a year. The NBS’s current pretty boy is even on the cover of NBA 2K22.

She has only had one role as an actress, and she is already a television icon. Jules, her character in ‘Euphoria,’ has turned her into an LGTBI + reference, reinforced by her committed and supportive messages on social media.

The eternal Pheonix Suns star has led his team to a final for the first time in 50 years. They might have lost to the Bucks, but the guard has become the player with the most points in history in his first playoffs. In addition, he has consolidated his relationship with Kendall Jenner after a year together.

‘Cobra Kai’ has only confirmed what we already knew: she is a great talent. Now, in 2021 will be when the great leap arrives: short films, series, movies… This actress just keeps on landing great roles!

His level of popularity is on a par with Tom Hanks. He is among the best-paid actors in Hollywood, and together with Emily Blunt, he forms one of the most powerful couples in the industry. This summer, John Krasinski directed his wife in the sequel to ‘A Quiet Place,’ showing that he is also good behind the scenes.

She is the actress of the moment. Rue, her character in ‘Euphoria’ resulted in her first Golden Globe. However, in 2021 she also appears in ‘Space Jam 2’, ‘Dune,’ and ‘Spiderman: Far from Home.’ As if that were not enough, her relationship with Tom Holland has been confirmed, she steals the show on every red carpet, and the tabloids applaud her simply impeccable sense of style.

This actor must have serious back problems after carrying the weight of a franchise like ‘Star Wars’ by himself. In ‘The Mandalorian’ he matched the level of charisma that he gave to Oberyn Martell, his spectacular character in ‘Game of Thrones.’

The great hope of the progressive left in the United States has a rapper’s name: AOC. When she took up office at the age of 29, she became the youngest woman ever to serve in the United States Congress. This young 32-year-old politician wants to change the way politics are done in her country with a more supportive and social model. There have long been whispers that one day she may be a future Democratic White House candidate.

He is one of the most fashionable actors in Hollywood. His eternal smile has earned him the sympathy of the whole world. He exudes charisma and is down-to-earth, and, remember, and he is in a relationship with Zendaya. Then there’s ‘Spiderman’ and Nathan Drake in the ‘Uncharted’ movie. He simply has it all.

After ten years of giving life to Natasha Romanoff, everything indicates that ‘Black Widow’ will be her last appearance in the Marvel Universe. She leaves with the honour of being the first actress with her own Marvel franchise and with a consolidated and happy sentimental life: married to the comedian Colin Jost and pregnant with their first child together.

Together with Chris Evans, he may be the most desired man in the world. He will always be Superman, although his Geralt of Rivia has also aroused passions in millions of people. However, for many people, Henry Cavill’s best performance has been the video he shared showing him fixing a computer in a tank top.

Since she started her career, she has been killing it, but 2021 has been the year that her love life has blossomed. Dalton Gómez is the lucky man who met her at the altar in a moving, intimate, surprise wedding ceremony.

Along with Jennifer Aniston, Matt LeBlanc was one of the most anticipated faces on ‘Friends: The Reunion.’ The actor has made a remarkable physical change, has embraced those changes, and made them part of the reunion that the world has waited for 17 years.

‘Folklore’ and ‘Evermore’ have reached 10 million physical copies sold, figures that would be impossible for any other artist to achieve. At 32, Taylor Swift is a true queen of the industry, and her power goes beyond anything imaginable in the world of music.

He risked everything to get where he is but, Harry is profiting from every step he takes outside of the British Royal Family. The next step will be memoirs that will be expensive, and they will be particularly costly to whoever decides to publish them!

Meghan Markle’s interview with Oprah Winfrey, with Harry alongside her, is one of the most impactful television moments of 2021. Her revelations, tears, and confessions still resonate around the world.

He has played a variety of secondary roles in recent years but is now ready to make the switch to the lead. After ‘Knives Out,’ ‘Uncut Gems’ or’ Judas and the Black Messiah ‘(which earned him an Oscar nomination), 2021 will consolidate LaKeith Stanfield as a solvent protagonist, hand in hand with’ Notes from a Young Black Chef’ or ‘The Harder They Fall.’

In just three years, Doja Cat has become a benchmark for rap both in the United States and around the world. Her incredible outfits are halfway between Lady Gaga and Katy Perry.

‘The Fades,’ ‘Skins,’ and, above all, ‘Black Mirror’ made it clear that Kaluuya’s talent was tremendous. ‘Let Me Out’ (2017) made him believe that he could win an Oscar. ‘Judas and the Black Messiah’ confirmed that theory and gave him, in 2021, his first Oscar, after two nominations.

Three albums in three years have made Megan Thee Stallion the queen of American rap. With ‘Savage,’ in addition, she has won two Grammys (Record of the Year and Rap Performance), and her collaboration with Maroon 5 on ‘Beautiful Mistakes’ is one of the songs of the year.

The 2021 revolution is called Lil Nas X. At just 22 years old, the singer has knocked down the industry’s door with a speech, amazing performances, and an openly LGTBI + image that has the United States shaking. Take note; his video clip ‘Montero’ is not suitable for children under 18 years of age.

She is overflowing with talent, charm, and elegance. Hailee Steinfeld has shown with ‘Dickinson’ that she can take the reins of a series. In Marvel, where fans pay attention to every little detail, they gave her a bow and arrow as the protagonist of ‘Hawkeye,’ one of the most anticipated series of 2021.

He is down-to-earth, friendly, committed, and very attentive to his fans. It makes sense that the world adores the Canadian singer. His good boy image has only improved after going public about his relationship with Camilla Cabello. To this day, they are one of the most powerful couples in the music industry.

At just twenty years old, the Californian singer has swapped out her wild outfits and hairstyles for a more elegant platinum blonde look. At the same time, her songs are topping the billboards around the world. If Billie decides to continue, this is just the beginning of a career in the music industry that could last for decades.